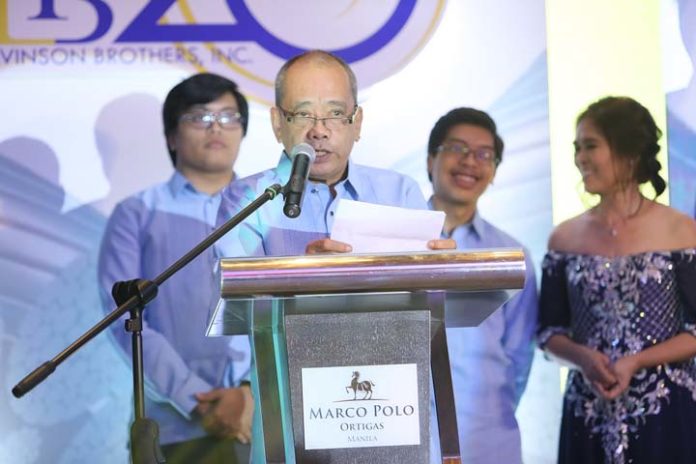 HONORING its proud heritage, LB Levinson Brothers Inc., led by its Chairman Ben Monteiro and his sons Jetrho and Benson, celebrated their company’s 20 years of business excellence with a bang, welcoming its clients and longtime partners to Marco Polo Hotel last September 23, 2017. 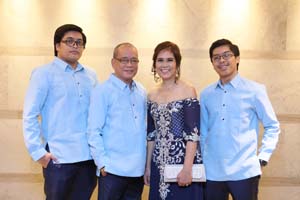 “Throughout the years, it has been LB Levinson’s signature to provide excellent and trustworthy services to all its customers, as embodied in the company’s tagline, ‘Trusted service at its best’. And it will continue to be so in the years to come,” shares Ben. “On our 20th anniversary, we wanted to take the opportunity to thank all of our partners and employees who have been key to our success and longevity. We wouldn’t be where we are right now without everyone’s support, trust and dedication.”

In addition to hosting a night of revelry for their numerous clients and partners with numerous exciting activities and guest performances, Ben Monteiro, along with his sons, Jetrho and Benson, awarded plaques of appreciation to esteemed guests and loyal employees. “These were the people that helped LB Levinson reach greater heights, and we’re very grateful for their unwavering support for the past 20 years,” confirms Ben.

Since its founding in 1997 as Levinson Construction, the company – now called LB Levinson Brothers Incorporated – has grown to become one of the most awarded and trusted partner of the biggest telecom companies in the Philippines today, and has been one of the top franchisees of one of the fastest growing generic medicine providers in the country, Generika Drugstore.

Initially, Levinson Construction was engaged only in civil work projects for telecom companies, but has since expanded its range of services to include major projects like Horizontal Direct Drilling (HDD) and Microtrenching to its list, catering to major clients such as Globe, PLDT, Eastern Telecom, Huawei Technology, FibrHome, and other smaller but no less significant industry players. 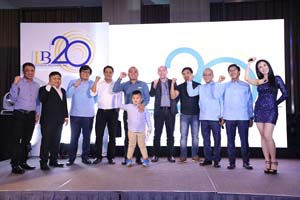 Over the decades, LB Levinson Brothers Inc. has gained the trust of its clients, and has since proven its capability and efficiency to deliver quality products and services, reinforcing its mission to “actively pursue the thrust to be a key service provider and reliable business partner in the telecommunications and pharmaceutical retailing industry.”

The company’s thrust throughout the years did bear fruit for them, as LB Levinson’s accomplishments have not gone unnoticed, and the company reaped multiple recognitions in its respective industries, earning countless awards and citations. And in addition to managing the dynamic contracting business, Ben Monteiro and his team also operates 16 moderately successful Generika branches located all over Luzon, 11 of which are included in the Top 100 in generic medicines sales, and with two branches, the Sta. Maria, Bulacan and Angono, Rizal branches, both consistently earning spots in the Top 10.